Decentraland is a modern high-tech platform created for people who are attracted by the opportunity to create a virtual reality world based on blockchain technology. In fact, it is a virtual reality platform based on ER20 protocol and has its own token called MANA.

Decentraland – A Virtual Reality Platform On The Ethereum Blockchain

Digital money in this project is a tool that allows you to create a really working economy inside virtual reality. In addition, MANA coin is great for implementing mechanisms: content creation, monetization, research and much more. Thanks to the cryptocurrency nuance in the world of Decentraland, you can do many things from the real world, as well as things that are not available in the real world.

The project team positions its development as the first truly promising virtual project that allows you to realize the possibility of full-fledged earnings within your world. Both owners of special equipment for virtual reality experience and ordinary users who enter this world through a browser will have access to all the possibilities of the site. The only question is in the personal preferences of a particular user.

Despite the slight touch of utopianism and the emerging analogies with existing computer games, the project should bring many more ways to professionally apply various skills. This will be its main feature, separating Decentraland from its predecessors, deprived of an economic basis connecting the virtual and real world.

Available for trading since 2017. The current market capitalization of Decentraland gives room and a lot of potential for more growth in the cryptocurrency space.

The initial stage of project development began in 2015. The main activity was focused on the programming aspects of the site and its interaction with blockchain technologies. The world of Decentraland itself was then an ordinary “grid” of pixels, each of which was a site that could find a master from among users.

Decentraland has since received a real simulated three-dimensional (3D) space, an editor for this space and the ability to show creations through a browser.

Thanks to this coin, for the first time, it is possible to prepare the possibility of buying a land (LAND) in this virtual world. Also, a system of user interaction through virtual currency began to be developed.

From the 4th quarter of 2017 and up to the present moment, a stage called “Terraform Event” is being implemented. With its inception, it became possible to apply for plots in the world and participate in the beta launch.

In the next two stages for which the development team is already intensively preparing for, you will be able to download custom elements and scripts on the territory of the purchased site. The final stage will be marked by the emergence of a fully-fledged and accessible 3D world with full support for a variety of VR technology and browser games. Also, the project team promises to introduce the possibility of implementing individual laws of physics within individual sections.

The concept of LAND in Decentraland refers to a parcel of land in the 3D virtual world. LAND is a non-fungible token (NFT) powered by the Ethereum blockchain. Users have the opportunity to permanently own any LAND they purchase as the land titles are all traceable through the blockchain. They would then have total control on any 3D scenes they would like to build on the LAND. Individual parcels of land can be combined into estates to form larger plots of land. You may purchase LAND from a few secondary markets. You can contact Cryptominer Solutions support for the best deals.

Decentraland is not just another toy game, as it might seem at first glance. It is a full-fledged virtual world of valuable digital assets. However, its world is not endless and the land will be in limited supply.

Decentraland is divided into plots, each of which can be purchased for the currency of the project. At the current stage, the cost of one land plot (LAND) can be up to 1000 MANA and more. It is worth noting that coins can also be spent or received through a variety of transactions within the world (purchase of goods, services, entertainment).

After acquiring a plot, its owner has the right to do whatever he wants with it. You can build absolutely beautiful buildings there. The plot itself has an area of ​​100 square meters. There are no exceptions for size. Also, the peculiarity of the world is that you can buy a new “square” only near another one that has already been purchased. This rule allows you to create a truly seamless world without huge empty spaces.

Overall, the project is promising. Experts predict its popularity among creative people, gamers and role-players. If he “shoots” and there will be really a lot of Decentraland residents, it is quite likely that various companies from the real world will start to open their sites in this world. Why not open a model of a real casino in the virtual world or a branch of a bank inside the digital space, where customers can spend more time?

Details about the mining of this cryptocurrency are not available either on the official website or in the WhitePaper. You can buy the coins only through cryptocurrency exchanges or inside the virtual world.

At the moment, offers with the purchase of MANA coins are available on several trading platforms. Most often, there are offers with an exchange for Bitcoin and Ethereum, but more pairs are also occasionally encountered.

It is currently mostly traded on Crypto.com exchange. Other good trading options are also available on the following exchanges:

Due to the fact that the MANA coin was created using the ERC20 standard protocol, it can be stored using any wallet that supports Ethereum. Physical devices can also be used for maximum security. The best storage options are recognized:

– Functionality that allows you to implement interaction between users and the virtual world (avatars, voice and text communication, positioning, etc).

– Micropayment systems, which will allow cryptocurrency transactions to be carried out within the virtual world during interaction between users, as well as between users and the platform itself.

– Tools that allow you to even more professionally improve your own site to achieve your goals.

Developers predict the emergence of not only users inside the world who will come for the main feature of the project (entertainment), but also various companies that will see the prospect of the world as an advertising platform for their business, as a resource where you can create a virtual copy of your stores and other things.

Well, ordinary users will receive an extremely convenient platform that will allow them to spend their leisure time in a bright and interesting world that is constantly evolving and provides an opportunity for self-realization and social interaction. It is very similar to the description of a science fiction novel from the 20th century, but no – this is what we have now. A real virtual world.

Decentraland project has done over 12000% ROI till date and according to experts, the virtual reality market will grow even further and it is currently estimated to have more than $1.1billion market cap.

It is likely that in the coming years, publicly available and cheaper options for joining virtual reality will appear, which will develop into a real evolution of our world and accelerate the project growth.

The post What is Decentraland ? – VR Platforms On The Ethereum Blockchain appeared first on Cryptominer Solutions Blog.


Go to Source of this post
Author Of this post: admin
Title Of post: What is Decentraland ? – VR Platforms On The Ethereum Blockchain
Author Link: {authorlink} 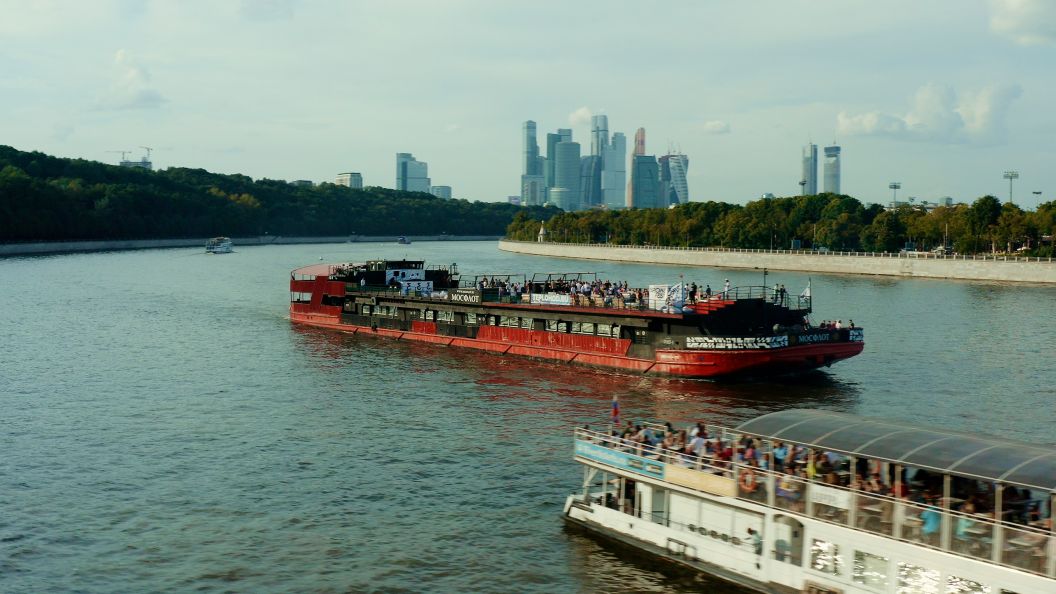 September 18, 2021
More than a corporate party: How the first Evrone Fest went 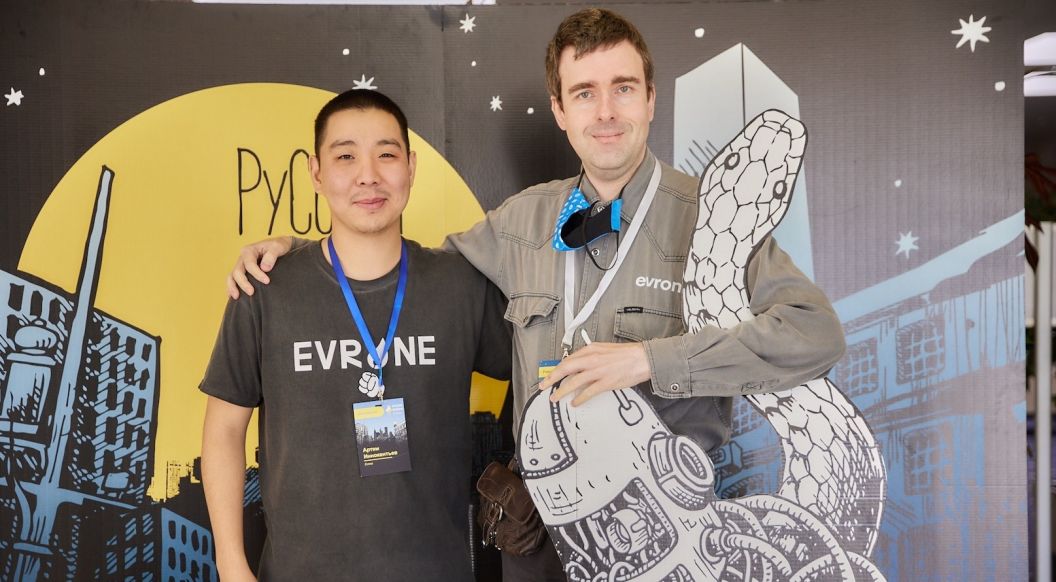 Evrone at PyCon 2021: What we talked about, and how we prepared

Ep 52 Vanessa Macdonald-Smith of Oneglobal broking: Putting people before numbers and enjoying the fun of the chase
2 min read

Ep 52 Vanessa Macdonald-Smith of Oneglobal broking: Putting people before numbers and enjoying the fun of the chase

September 23, 2021
Special Episode: Technical Debt and how to get out of it, with Bart Patrick of Duck Creek Technologies
2 min read

Special Episode: Technical Debt and how to get out of it, with Bart Patrick of Duck Creek Technologies

Ep 50 John Neal: Putting the Lloyd’s halo back in place