There are times during a nonprofit’s campaigning when an extra fundraising effort is needed to go above and beyond and raise a substantial amount of funds. This is where capital campaigns for nonprofits come in.

So, what is a capital campaign?

Put simply, a capital campaign is a concentrated fundraising effort to raise a substantial amount of funds for a specific project in a set period of time.

Some nonprofit capital campaign examples include raising funds for equipment or supplies, such as for hospitals or schools, or to commission building work. This could be vital repairs to a building, like a church roof, to developing a new building or extending an existing structure, like a community centre or school.

A nonprofit capital campaign requires careful planning, research, coordination, and a significant amount of help and cooperation from the community in order to succeed.

Photo by Liza Summer on Pexels.

Starting a nonprofit capital campaign requires a fair amount of planning and preparation. With such a big project, you want to make sure that you’ve put everything in place to ensure that your nonprofit campaign will be a success.

If you’re going to go through the process of planning a capital campaign, make sure you are implementing capital campaign strategies that work. Take time to lay out some of the basics ahead of the game.

There are plenty of examples of successful nonprofit capital campaigns implemented by various different groups. One thing they all have in common is good planning and strategy. We’ve laid out the three capital campaign phases to help you get started with your project.

In order to put together a successful nonprofit capital campaign, you should sit down with your team and make a detailed plan of your financial goals, timeline, budget, and fundraising strategy.

Photo by Alena Darmel on Pexels.

Define exactly what your nonprofit campaign goal is and how the funds you raise will be used. Do your research to calculate a specific financial goal. You may need expert advice if this involves building work, or some market research to help estimate costs of supplies or equipment,

When putting together a nonprofit capital campaign, the focus should be on the community benefits that the fund will bring, rather than on the monetary goal, to demonstrate to donors the importance of your campaign.

When do you want to have raised the funds by? Make sure to allow enough time to plan your capital campaign properly, and have a decent fundraising period to meet your goal.

Check out the GroupRaise blog for hundreds of effective fundraising ideas as well as tips on how to attract donors to support your cause.

Organizing capital campaigns for nonprofits is no small task. You need to be sure you have the time, volunteers, resources, and support to carry your campaign out and raise successfully.

Sometimes also called the ‘Staging Phase’, the second capital campaign phase is where you turn to key, major donors to start fundraising. For most nonprofits, there is a group of close supporters who contribute substantially to the financial support of your nonprofit group. These are the people who you will appeal to first for your nonprofit capital campaign.

Some nonprofits raise between 50% and 70% of their target amount from these donors, but if you are a smaller nonprofit then this may be less.

To prepare for this first fundraising stage, you will want to create a publicity piece about what your capital campaign is for, who you are helping, and appeal to your donors for support. Include as much information about the cause and the impact this campaign will have on the community.

Photo by maitree rimthong on Pexels.

This is the fun one! Time to unleash those creative skills and get out in the community fundraising. With the private donations already collected, you’ll know how much of your target you’re seeking from the public.

You will already have created the promotional materials to tell your supporters about your campaign. Be active in getting the word out across your community, such as online, social media, via email, or even getting in touch with your local radio station or newspaper.

At their most basic, nonprofit capital campaigns often encourage people to donate to a cause via a donation page. But it’s even more effective to pair your campaign with a specific fundraising event that people can get involved with as a fun way to be part of the cause.

FoodShare is an anti-hunger nonprofit working to resolve the world hunger crisis. They were suddenly given an eviction notice and had only six months to find another location for their offices.

Their capital campaign used email marketing to call for support from their current donors, suppliers, and local organizations in the area where they would be relocating too.

They created a web page and used social media to reach as many people as possible, ultimately smashing their fundraising goal of over $300,000!

The EFTX held a virtual walking event to raise funds for the Epilepsy Foundation and clinical research. This is a great nonprofit capital campaign example of using a fundraiser event to promote a capital campaign.

EFTX publicized their campaign, created custom t-shirts, and organized a virtual walk through which participants could raise additional donations for the campaign.

Some members of the group also went live on social media while they were at the event to spread awareness and encourage more donors and sponsorship.

Both these capital campaign examples had strong marketing strategies and used social media to reach as many donors as possible.

Check out this blog for some great tips on how to publicise a fundraiser event and raise awareness of a cause.

Other Nonprofit Campaign Examples And Ideas

There are lots of ways to attract the public’s attention and get them involved with your nonprofit capital campaign. Here are some more nonprofit campaign ideas you could consider.

Creating a donation page is the easiest way to fundraise for a cause. Prepare some donation boxes you hand out to local schools, shops, and offices to prompt people to pop a coin or two into the box and raise extra funds.

Email campaigns are an effective way of reaching your current donor network to update them on your nonprofit capital campaign. You can include information about the cause and how to donate, making it easy for people to participate.

Take your campaign one step further with social media. Social media campaigns and tag challenges are really powerful ways of reaching a lot of people. Individuals complete a small challenge, such as a 5K run, post a selfie of themselves, donate to the cause and tag a few other people to do the same!

Setting up a social fundraiser event as a launch for your nonprofit capital campaign is a great way to raise awareness across your community of the campaign. Some ideas include a restaurant fundraiser or a sponsored run or walk. Publicize your event across the community and be sure to include information about the campaign, such as how close you are to your goal and how to donate.

A social fundraiser event is the perfect way to launch the public phase of your capital campaign and connect with the local community.

Search Local Restaurants Near You

There are many benefits of running a capital campaign for your nonprofit. Not only will it raise vital funds for an important item or project, it can also promote awareness of your nonprofit and strengthen your ties with the community.

For more fundraising tips for your capital campaign, check out the GroupRaise blog and explore local restaurants where you could host a fundraiser meal.

The post What Are Capital Campaigns? appeared first on GroupRaise.

Are you Yoda or Batman to your donors? [PODCAST]
1 min read

Are you Yoda or Batman to your donors? [PODCAST]

January 27, 2023
Are You Giving Your Donors the Trump Treatment?

Are You Giving Your Donors the Trump Treatment?

January 27, 2023
Are You Giving Your Donors the Trump Treatment?

Are You Giving Your Donors the Trump Treatment? 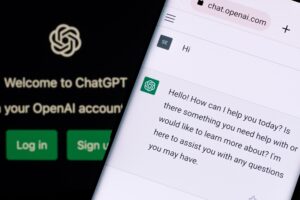 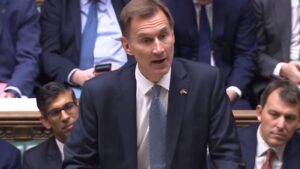 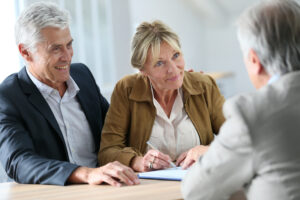 Inheritance Tax Receipts reach £5.3 billion in the months from April to December 2022